The City of Melville recently celebrated it’s 50th Anniversary of becoming a city. This milestone was celebrated through an exhibition titled 50 Years 50 Objects: The City of Melville. Creative Spaces was invited to collaborate with the team at Wireless Hill Museum to design the exhibition, which showcased an eclectic range of objects and community stories. The layout of the exhibition space was organised by theme, with clusters created from grouped objects and graphics. A limited palette of black and gold allowed the objects to be the focus of attention in the space.

In addition to the exhibition, a bespoke interactive booth was included. Here, visitors were encouraged to jot down and display their memories of their suburbs, helping the city to continue to collect stories from the community. The booth has been designed to be transported to other locations and used for other city events in the future after the exhibition finishes.

This project was completed in February 2018 on Whadjuk Noongar Boodja.

Creative Spaces worked on the Home Front, War Front Exhibition, which was also located at the Wireless Hill Museum. 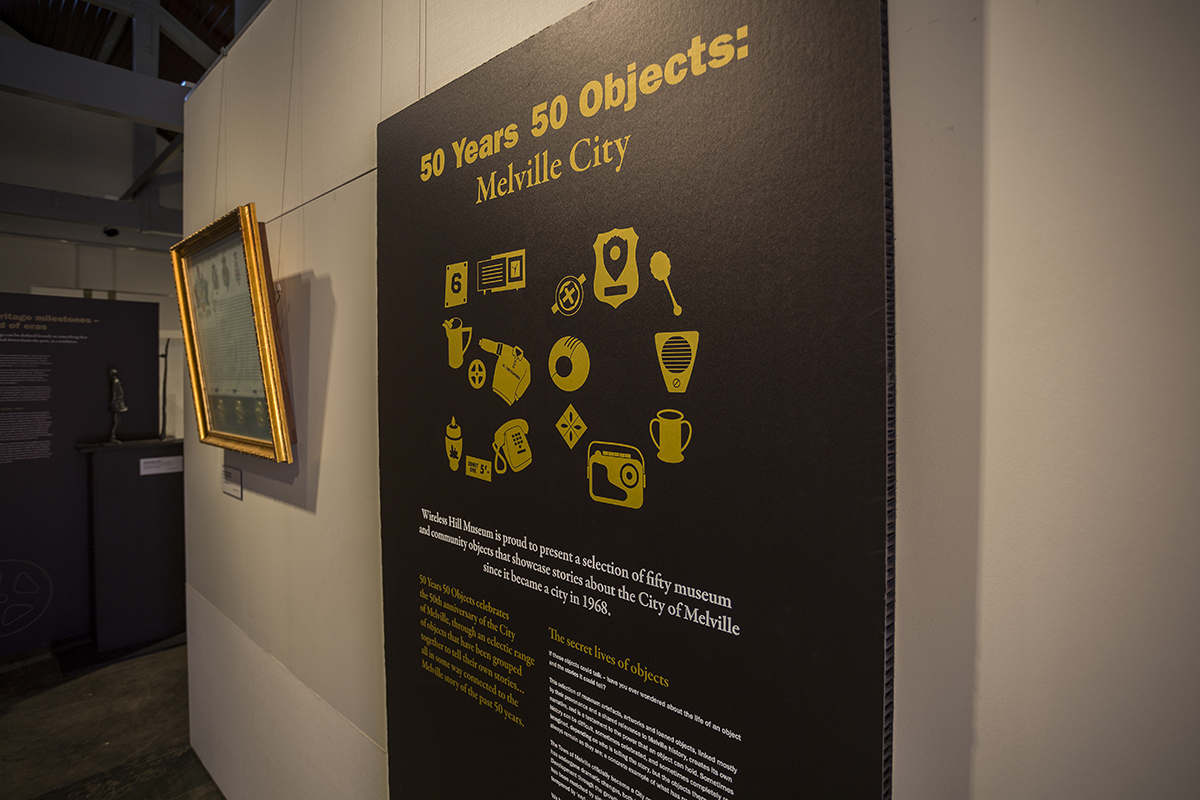 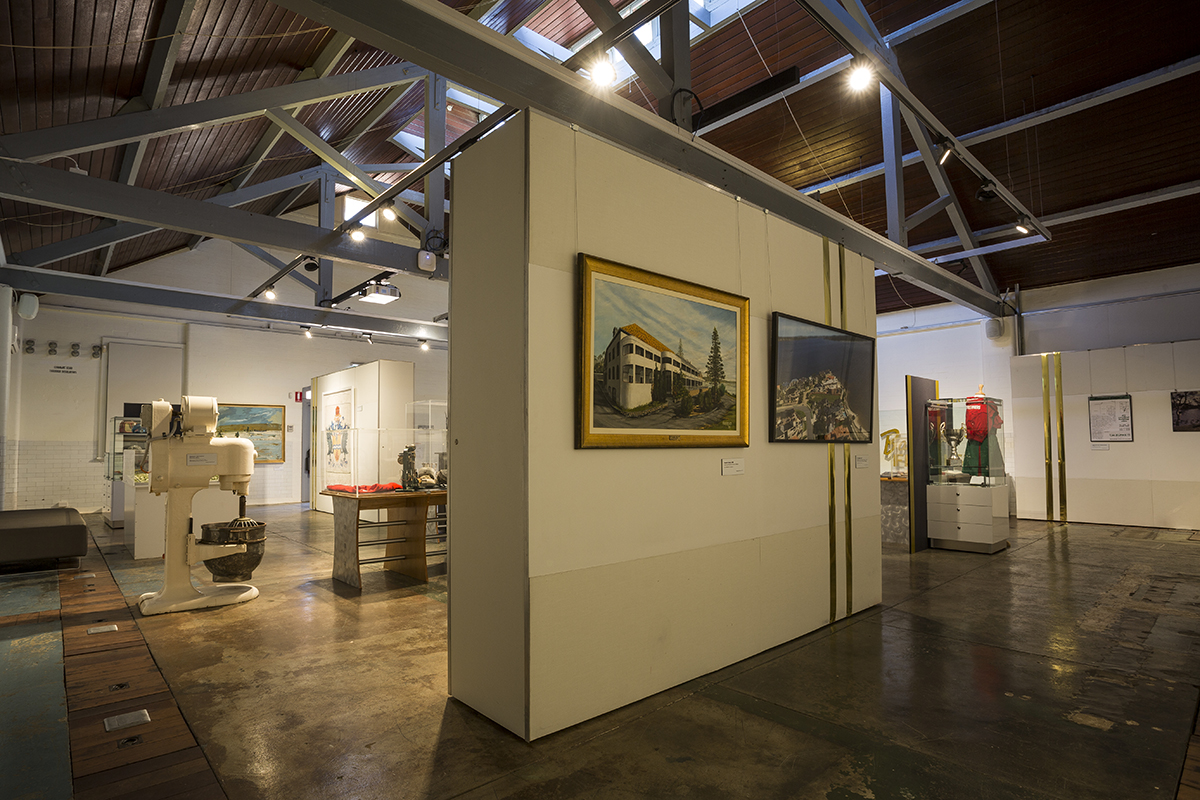 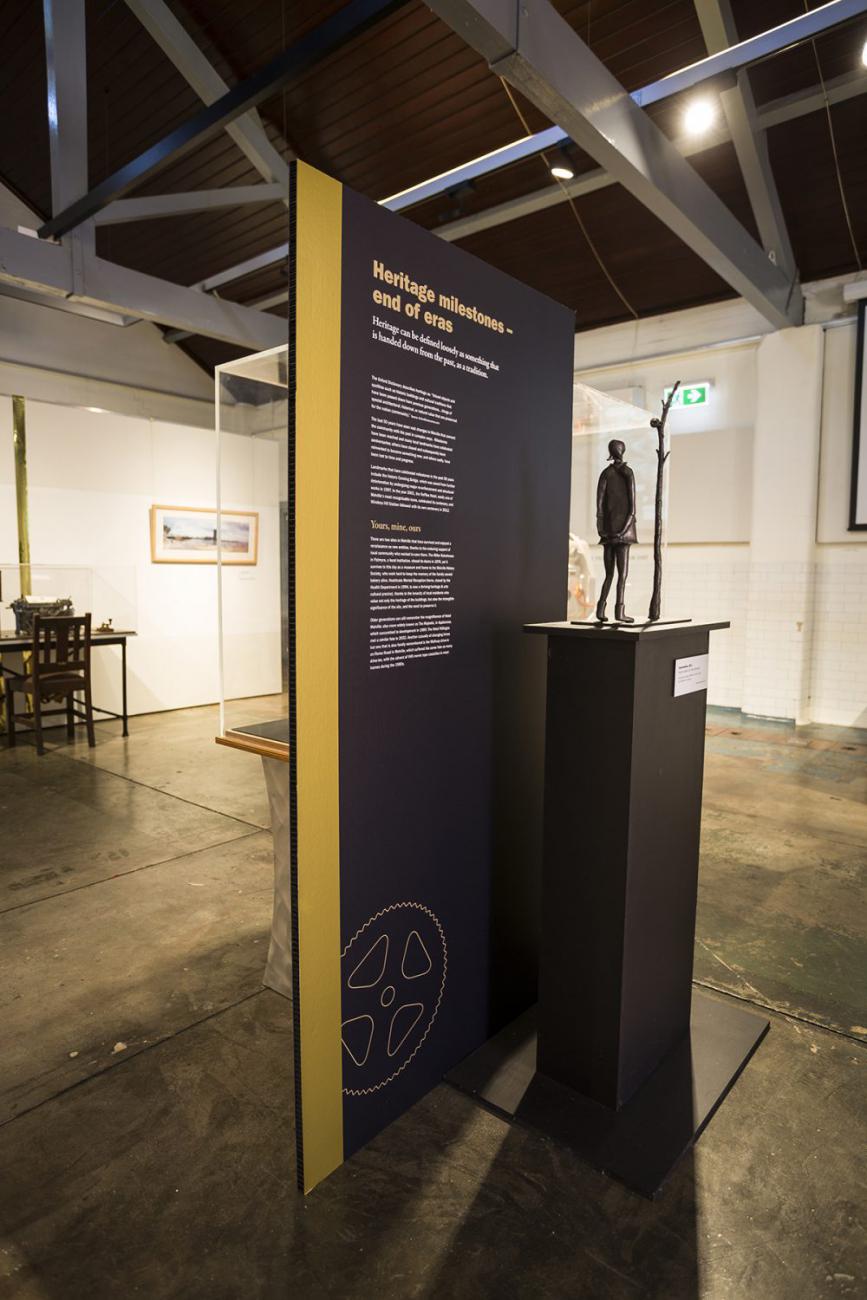 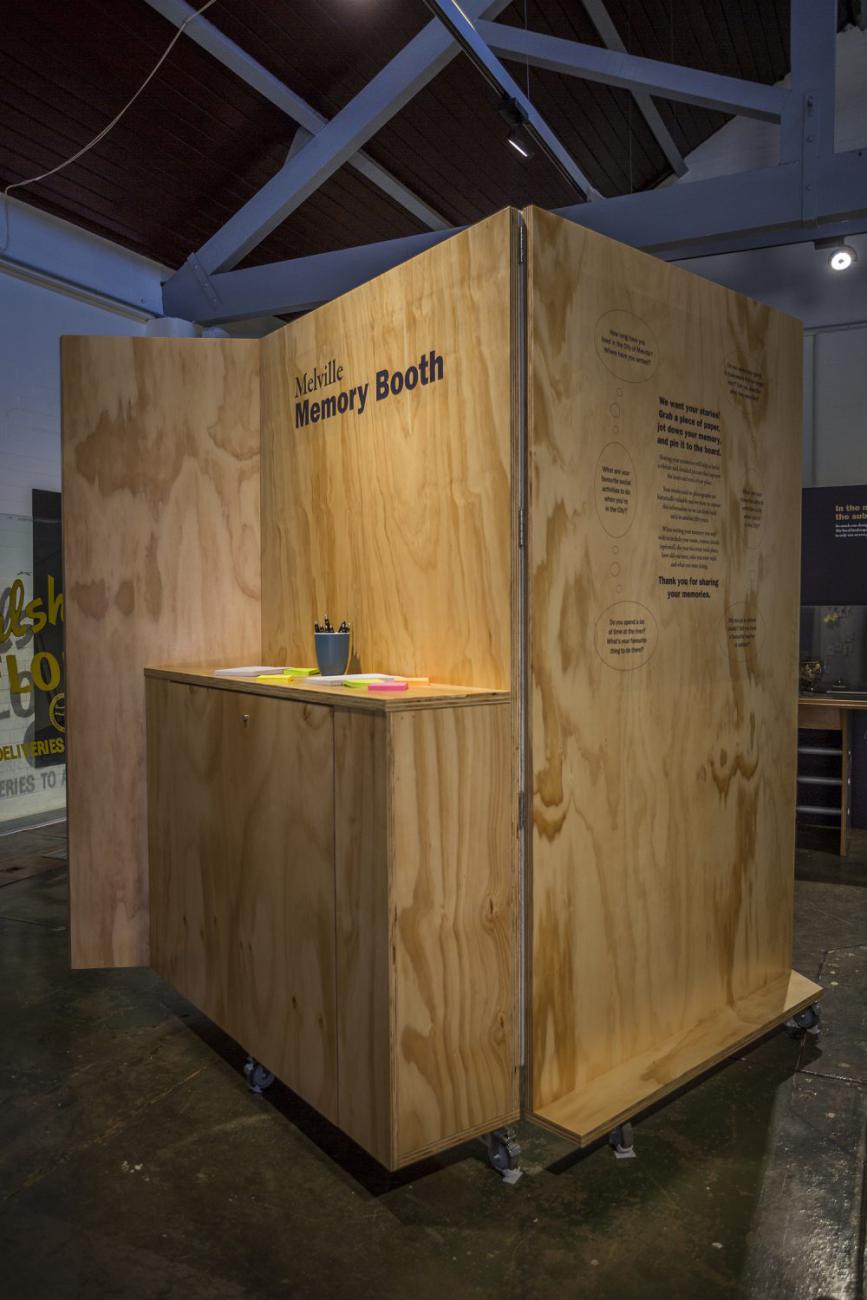 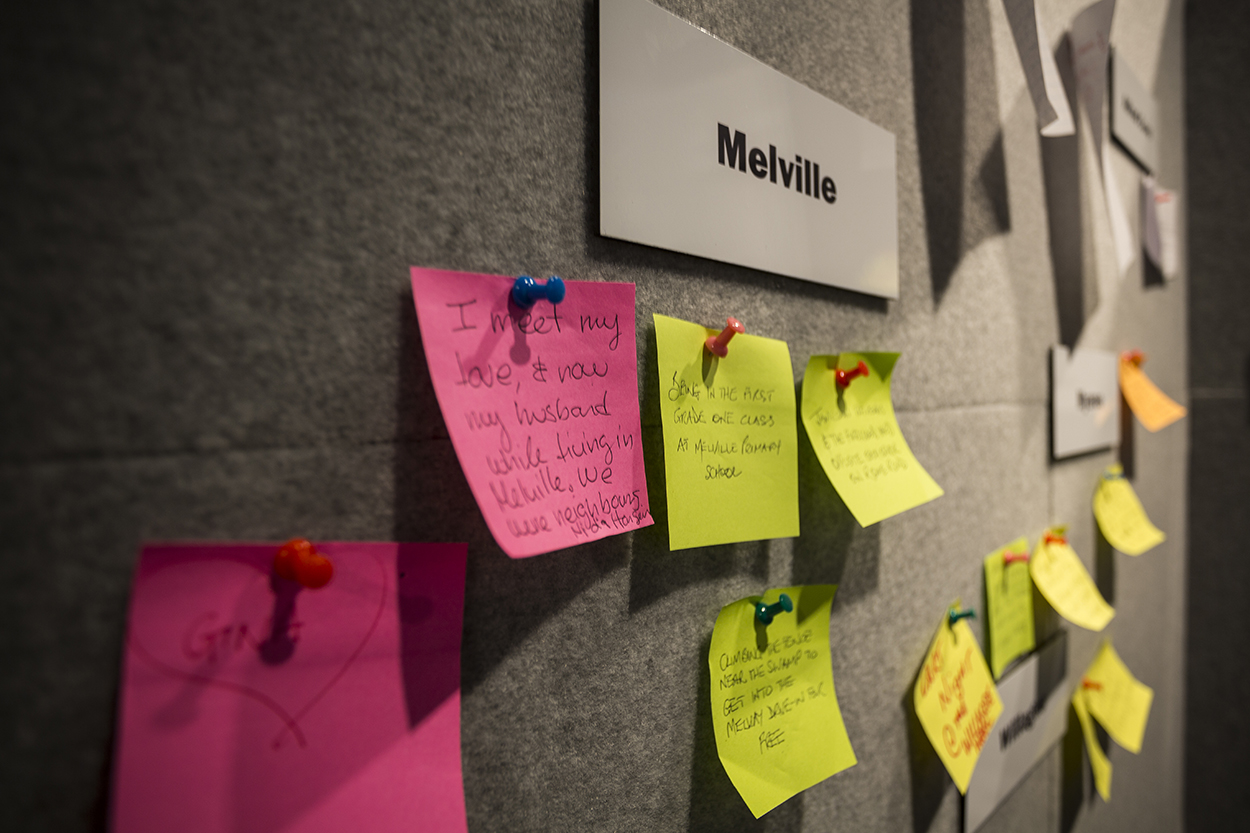