The Armadale District Hall has been an iconic part of Amadale’s history since 1936. After being recognised as a State Heritage building in 2003, its importance to the community became clear. In 2018, the City of Armadale, with the support of Lottery West, undertook the restoration and redevelopment of the Hall. As part of the conservation works, Creative Spaces was approached to design a large interpretive mural to showcase the history of the Hall and wider community.

The interpretive mural is nine metres long and is inspired by the Art Deco design of the building.

This project was completed in February 2019 on Whadjuk Noongar Boodja. 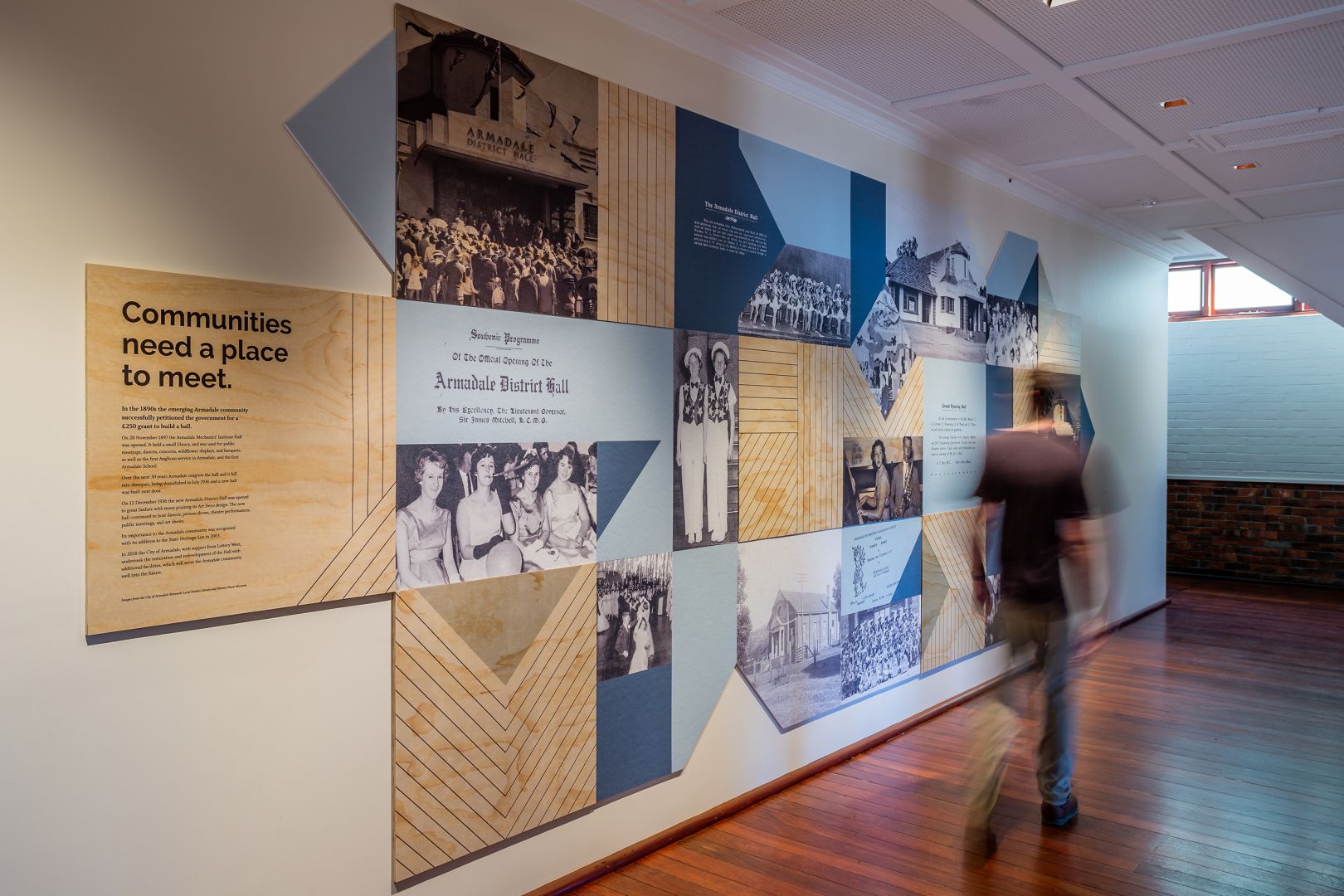 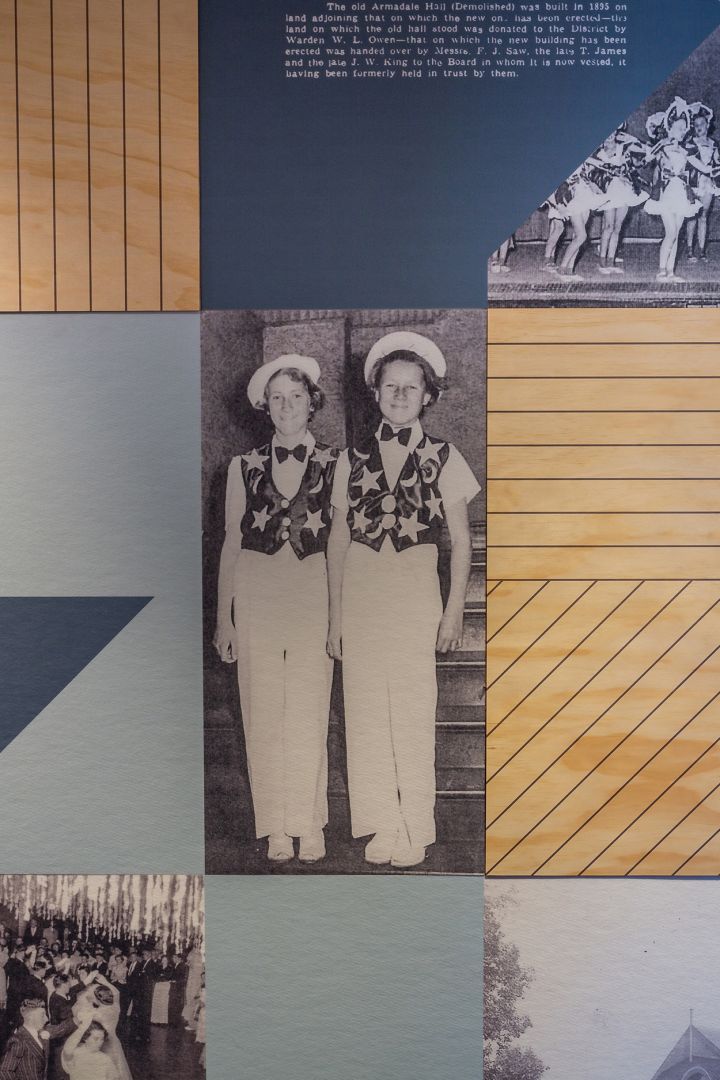 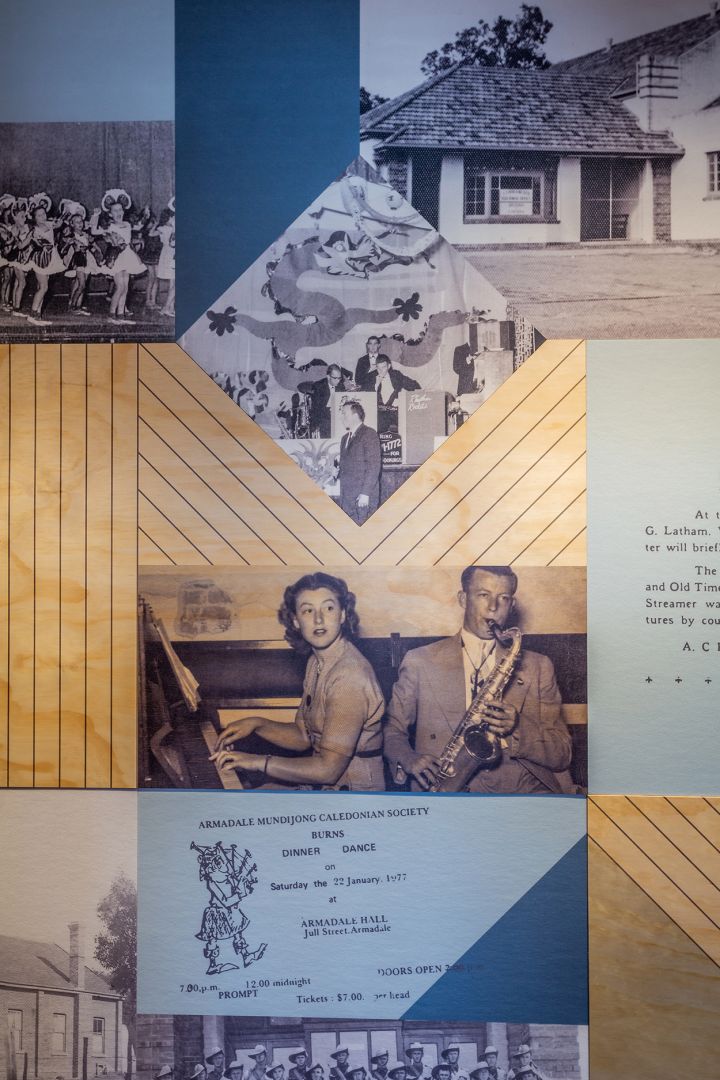