In 2014, the Shire of Esperance undertook a massive foreshore redevelopment program, designed to not only enhance the forsehore, but also protect it against erosion.

Creative Spaces was contracted to design all the interpretive elements along the foreshore. This included large glass panels which were installed into the toilet blocks and shelters along the waterfront, wayfinding signage, interpretive signage, decorative benches and decorative poles. We utilised heritage photographs, blueprints of the pre-existing jetties, and custom illustrations of the landmarks, to create context and a sense of place.

This project was completed in December 2014.

“Part of a broader redevelopment plan for the Esperance Foreshore, this transformational project that has given Esperance a strong focus around the historic Tanker Jetty, ensuring its history was captured and retold in a way that enriches the visitor experience. The signage complements the landscape and incorporates salvaged pylons from Tanker Jetty.”
– Judges’ citation 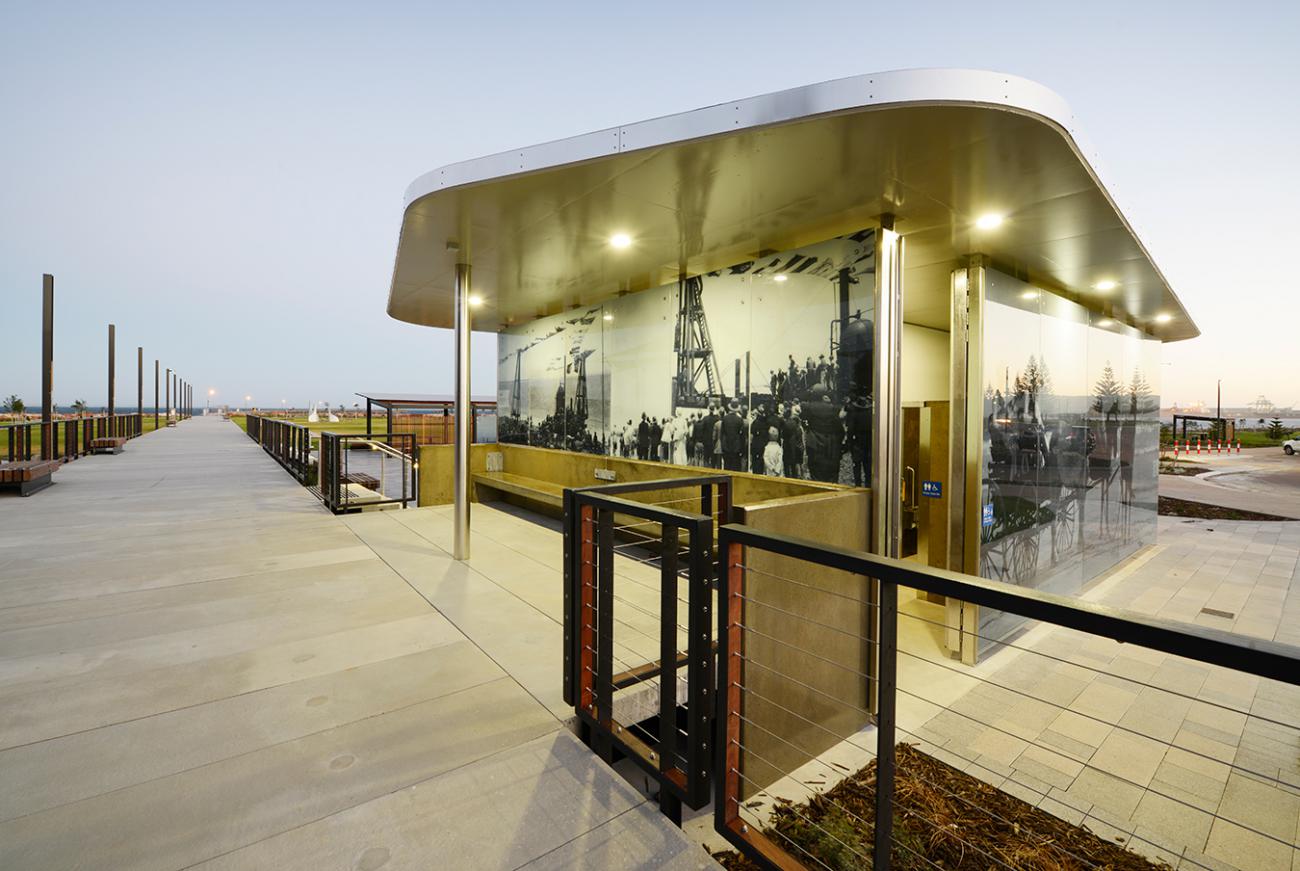 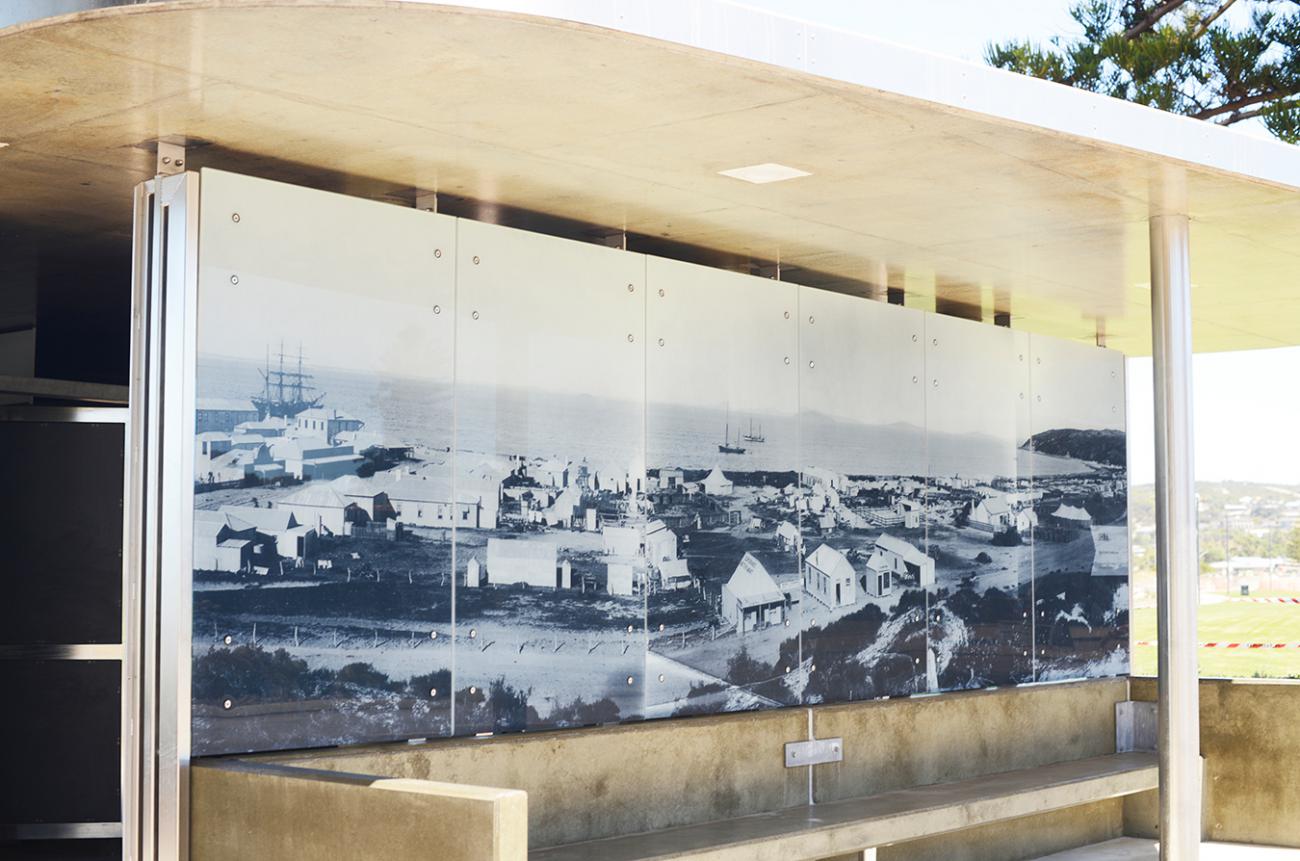 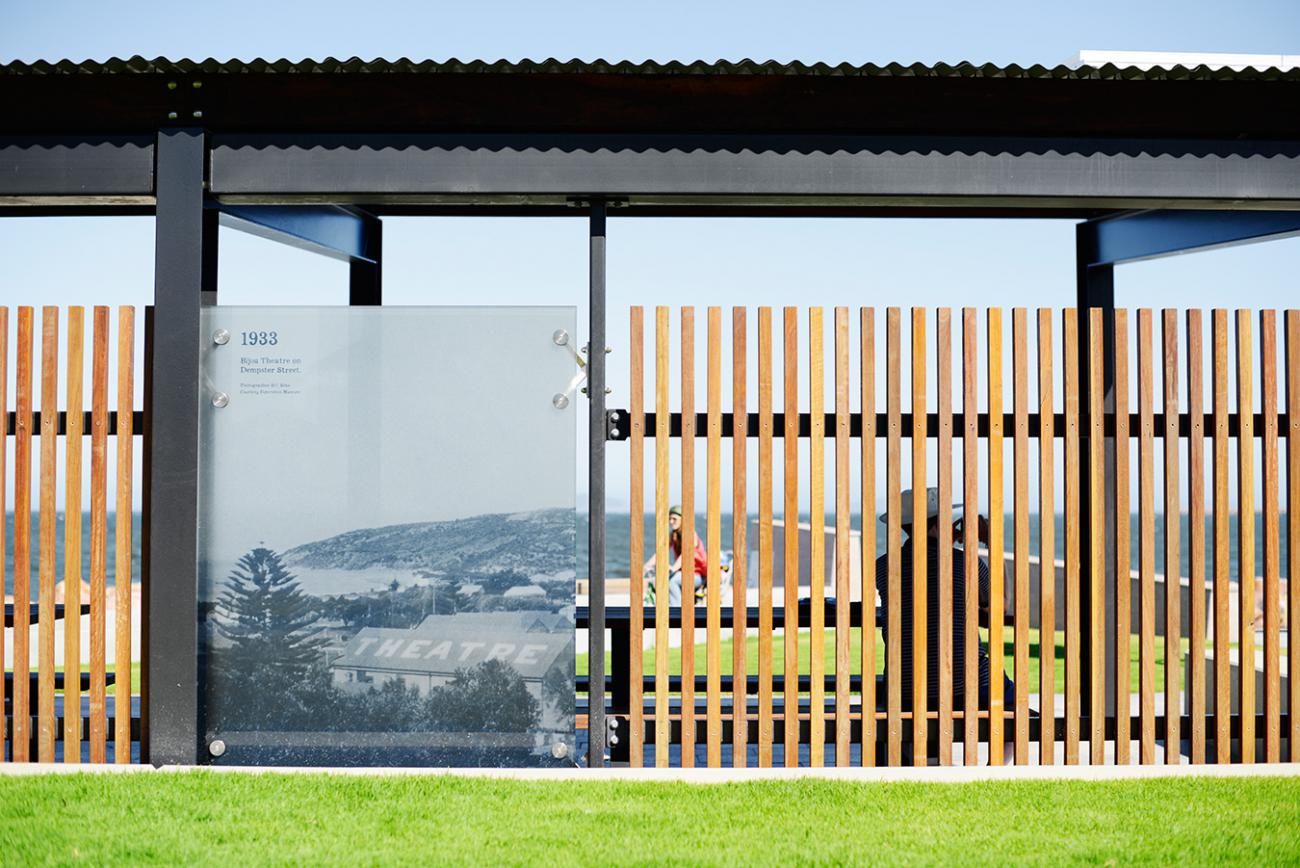 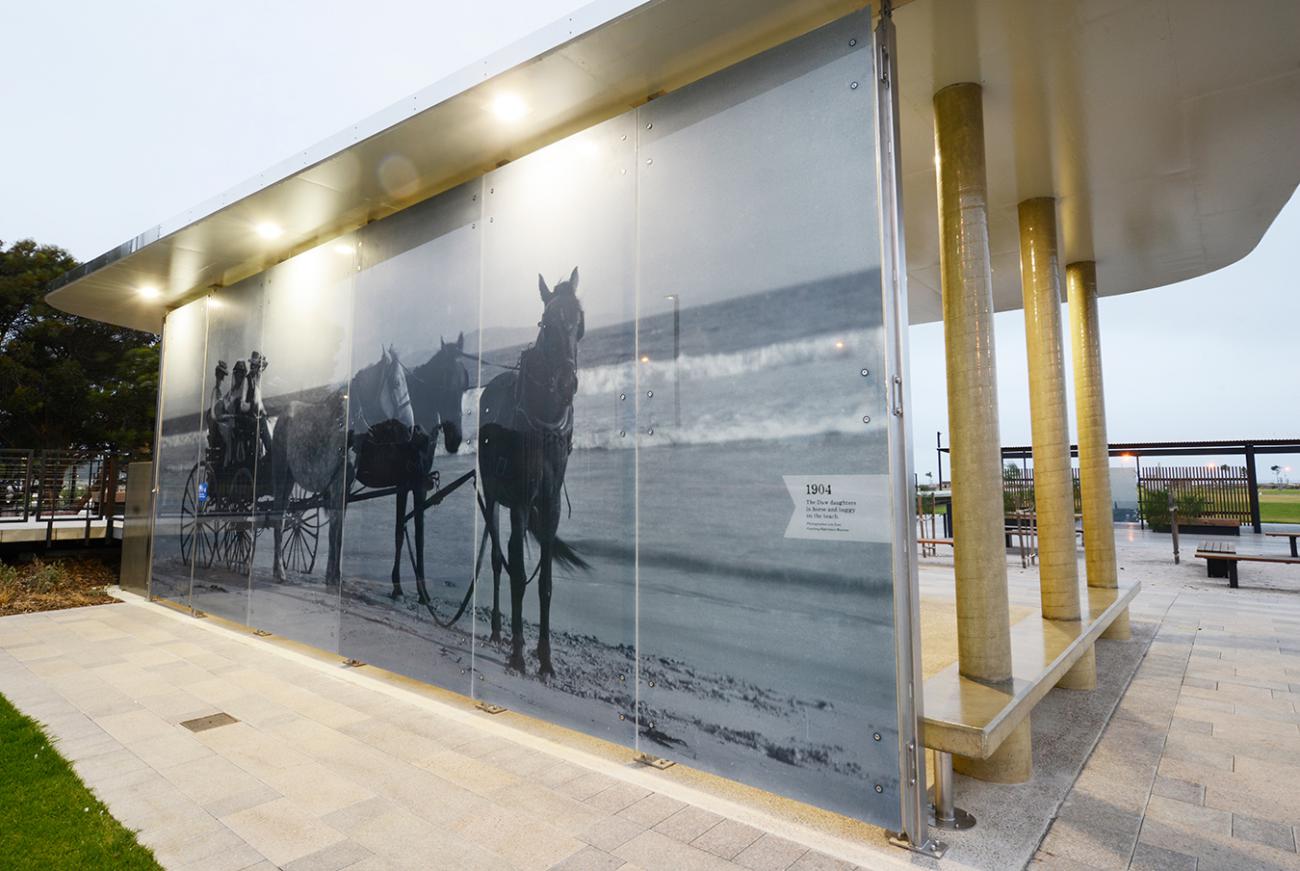 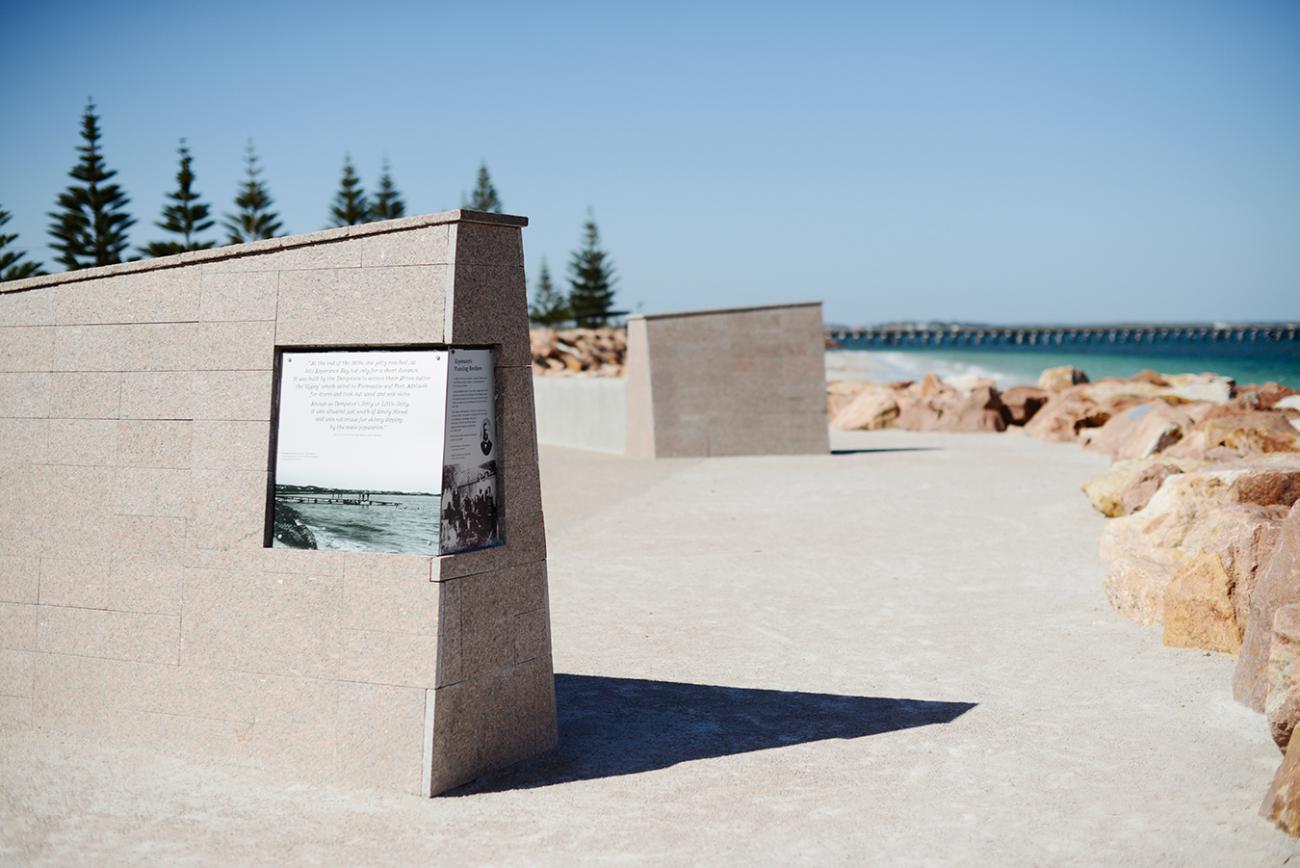 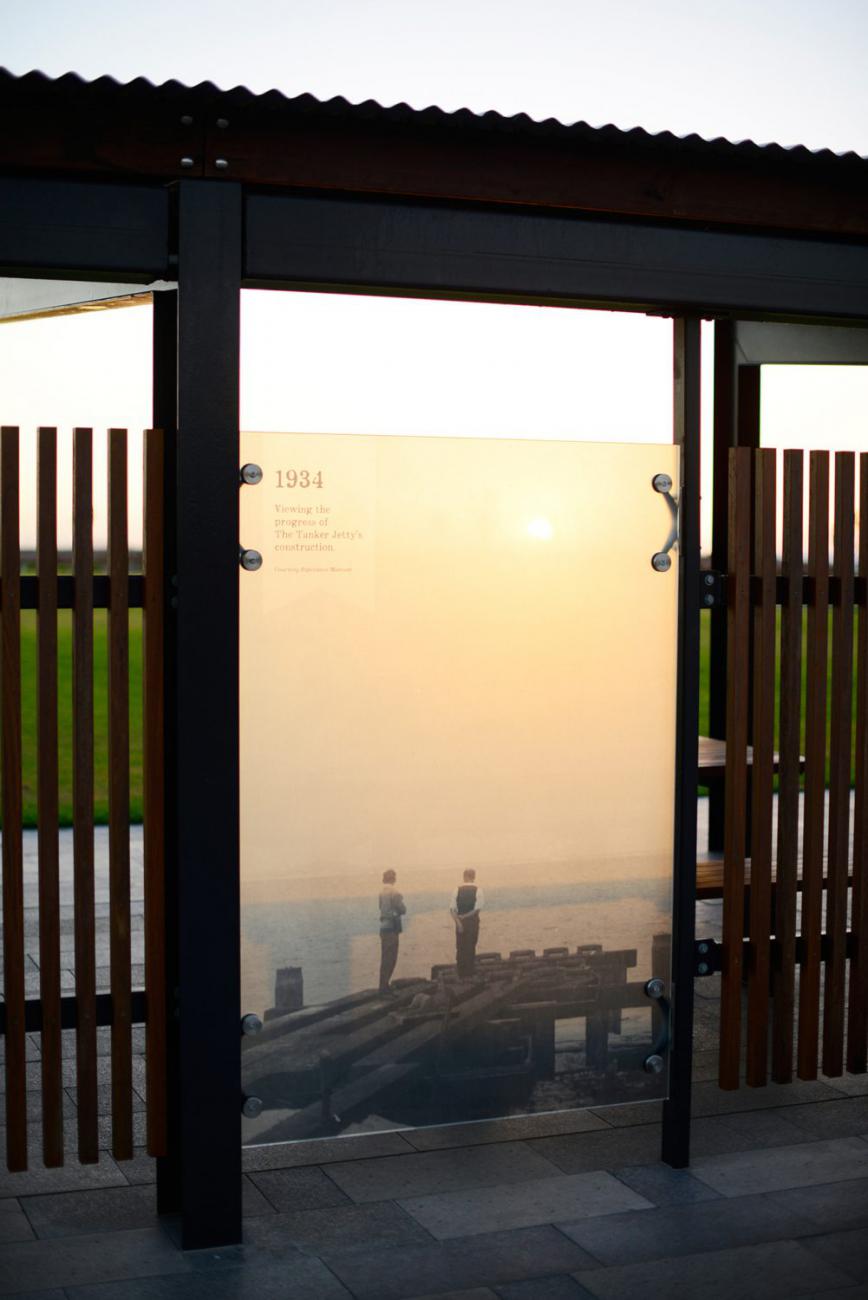 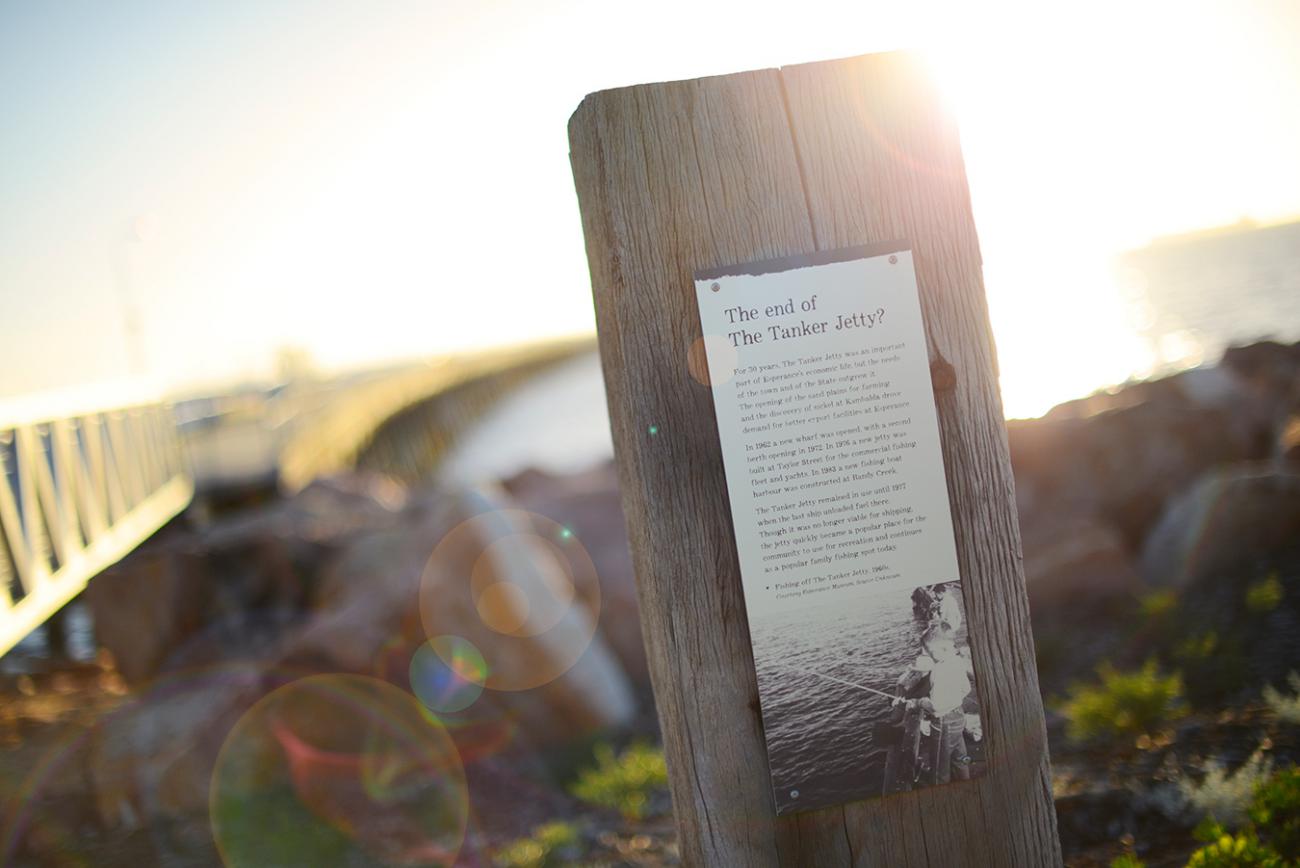