The Mandurah War Memorial is located on the northern point of the Western Foreshore. It’s a powerful and poignant symbol to locals and visitors of the dedication and sacrifice of Australia’s soldiers who served their country in war.

Creative Spaces were commissioned to design an audio bench to be housed at the memorial, which would further enrich the user’s experience of the site. The design for this bench consisted of precast elements in concrete, an interactive audio unit as well as a concealed source of indirect lighting, which illuminates the seat and the surrounding vicinity at night.

We worked closely with a sound engineering company and street furniture fabricator in the Eastern States to successfully manufacture the audio unit and bench. Both elements are designed to be robust in nature and to withstand the harsh elements that are present at waterside locations.

This project was completed in April 2015. 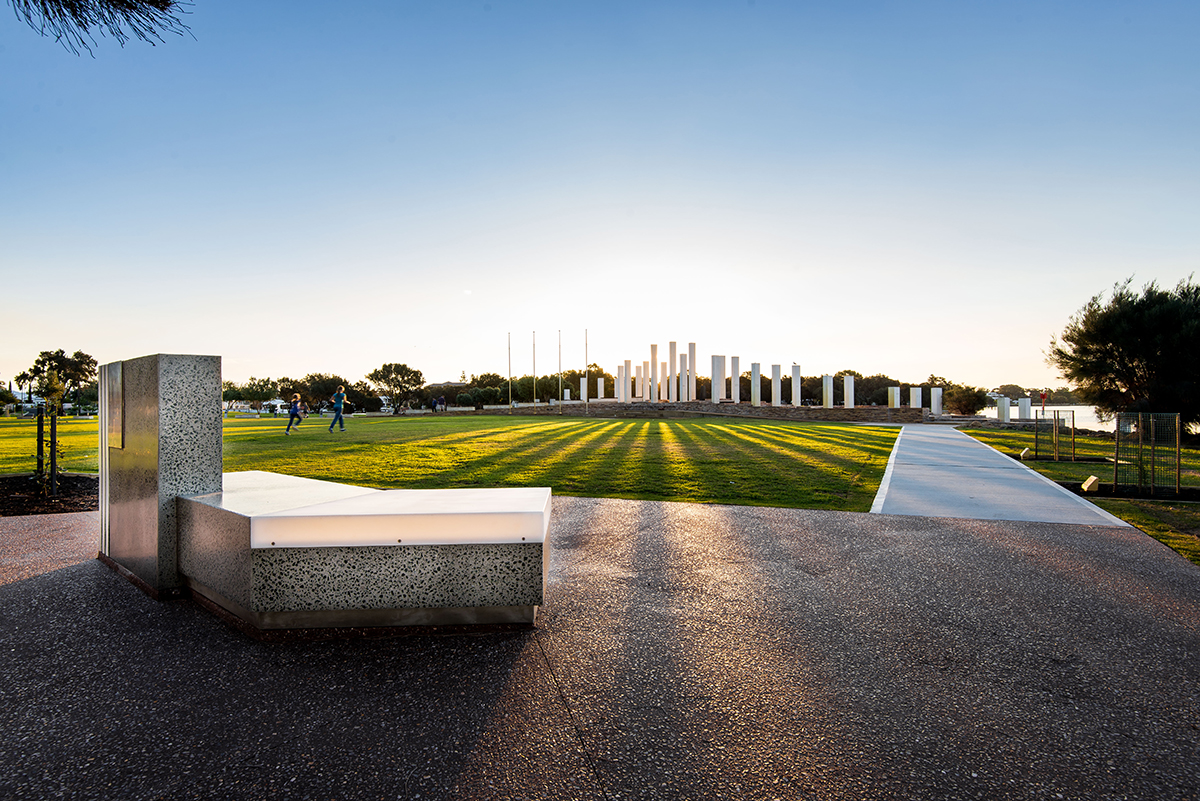 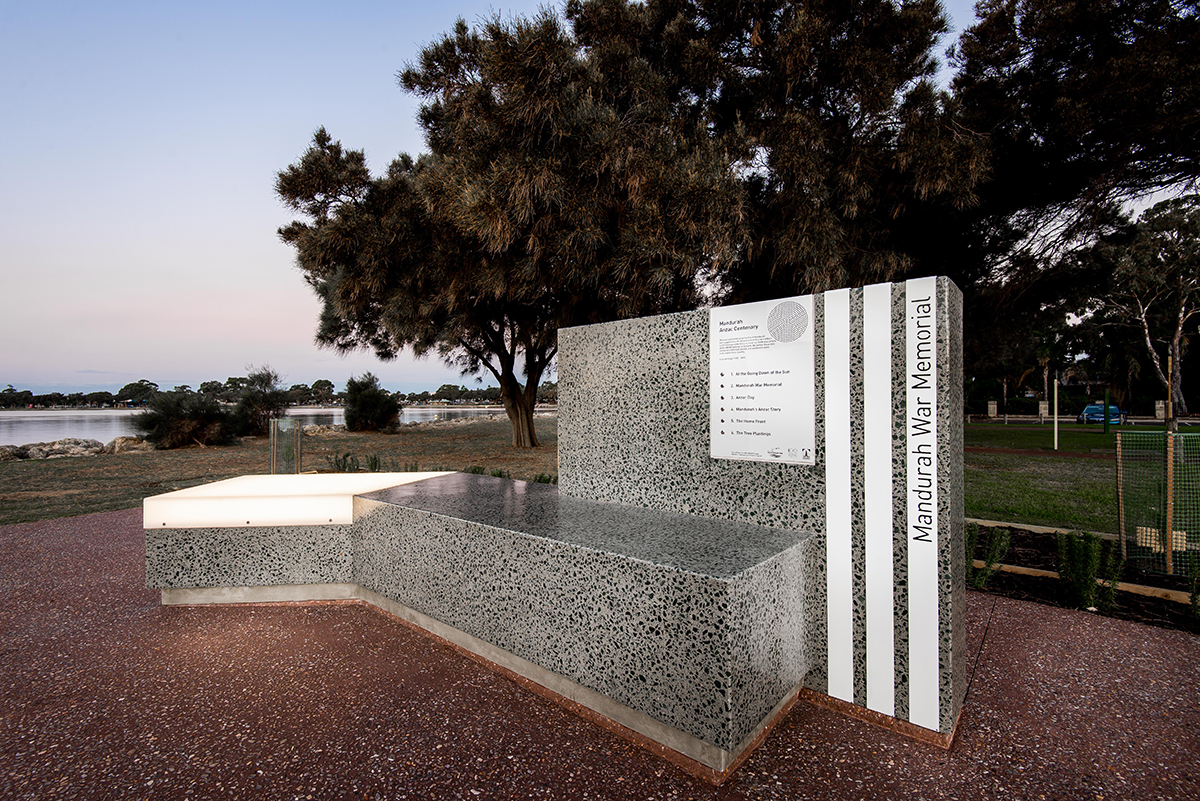 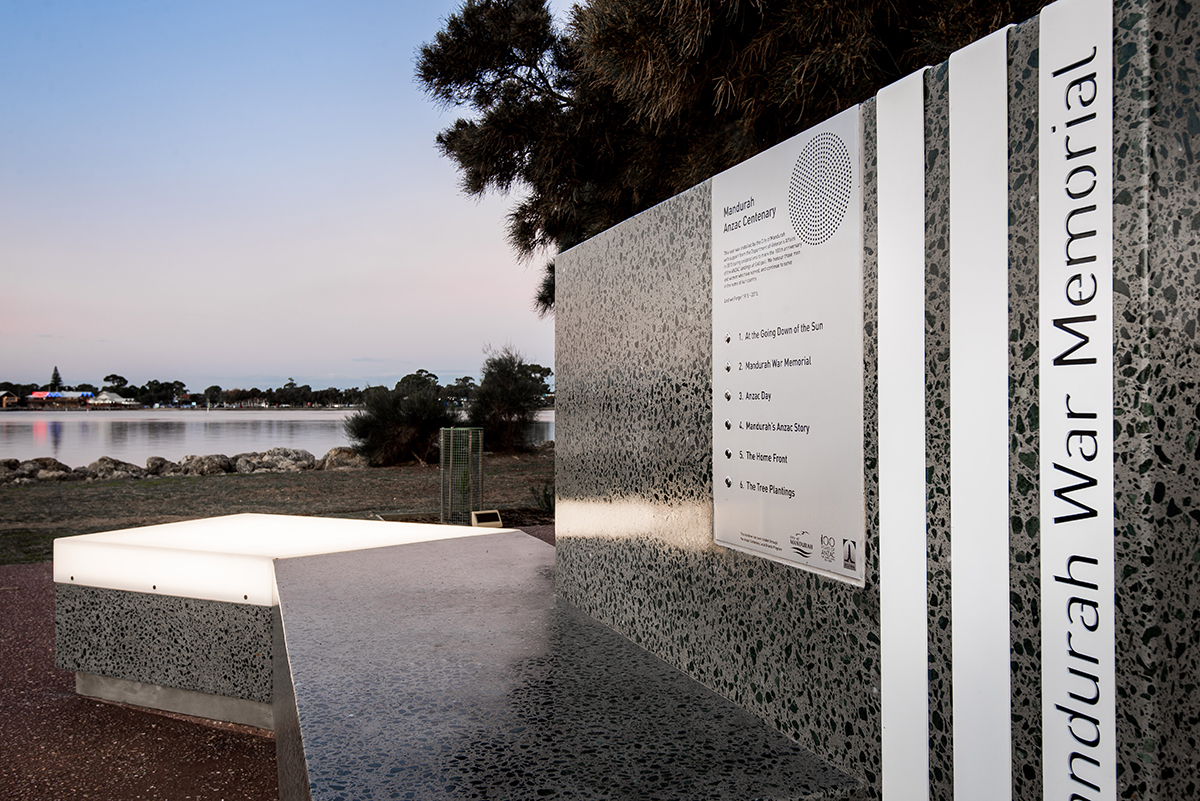 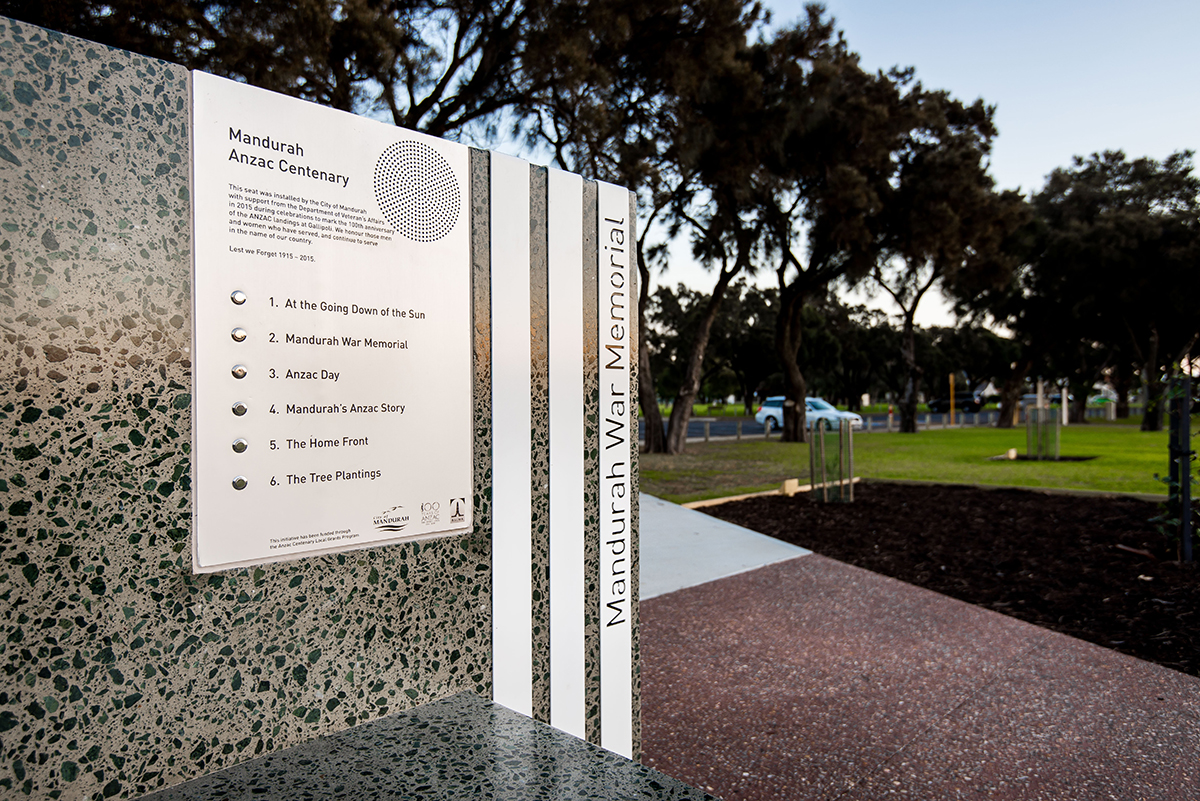