Creative Spaces was appointed to oversee and manage the ‘Subi Oval Memories’ project. We proposed the design of a ‘Memory Booth’ that would facilitate the collection and recording of visitor’s stories about Subiaco Oval. The Memory Booth was located inside the stadium and was available on seven occasions from June through to November 2017. A mixture of Game Days (AFL) and Open Days were requested to allow access to the Oval to the broader community.

In addition to the Memory Booth, tours of the Oval were available on the Open Days. The tours ran between 30-45 minutes and covered behind the scene areas not usually accessible to the public. To prompt visitors to share their memories, a series of large-scale panels displaying historical photos of the Oval, were installed in areas throughout the stadium and throughout the City of Subiaco.

This project was completed in November 2017 on Whadjuk Noongar Boodja. 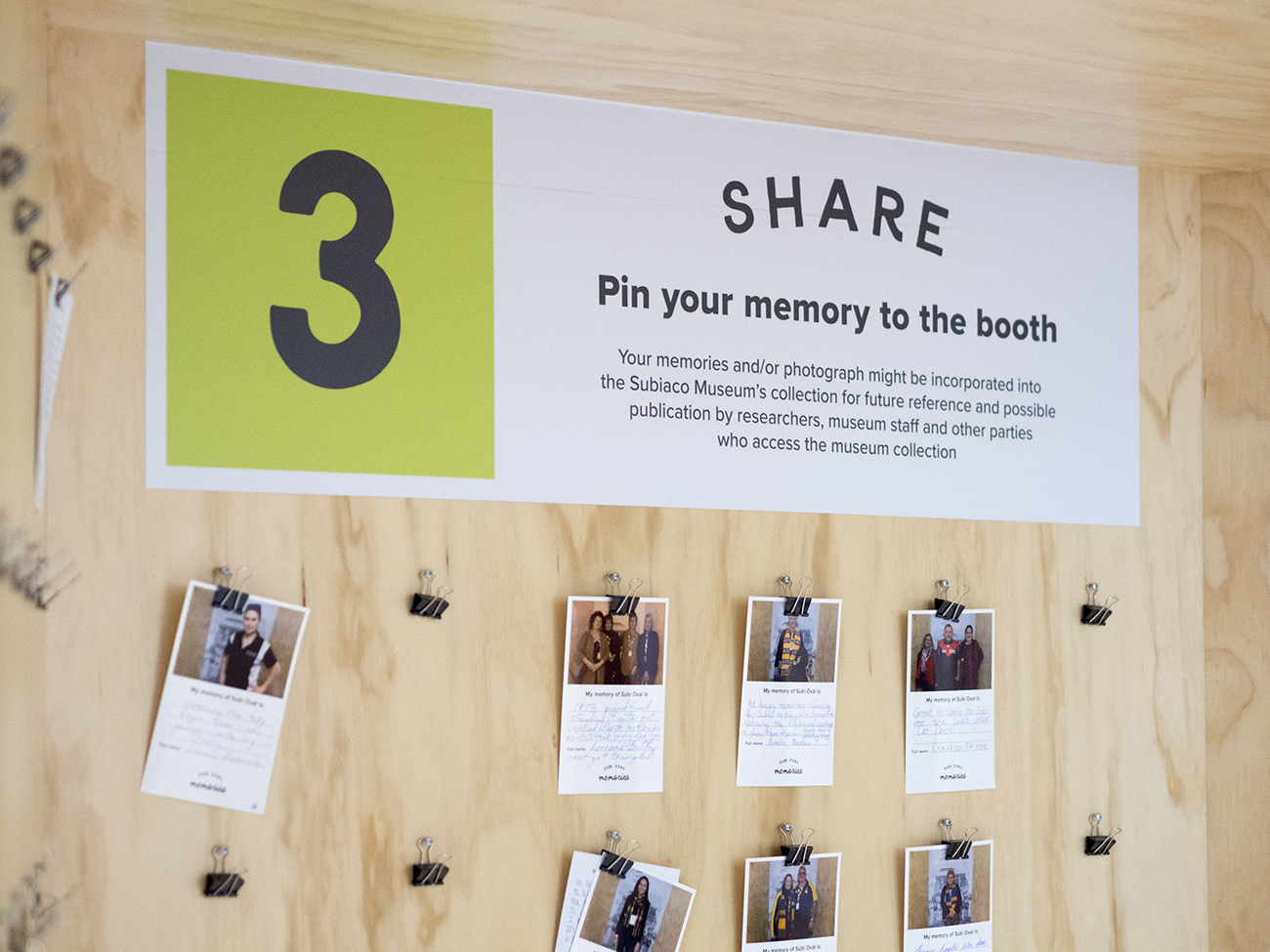 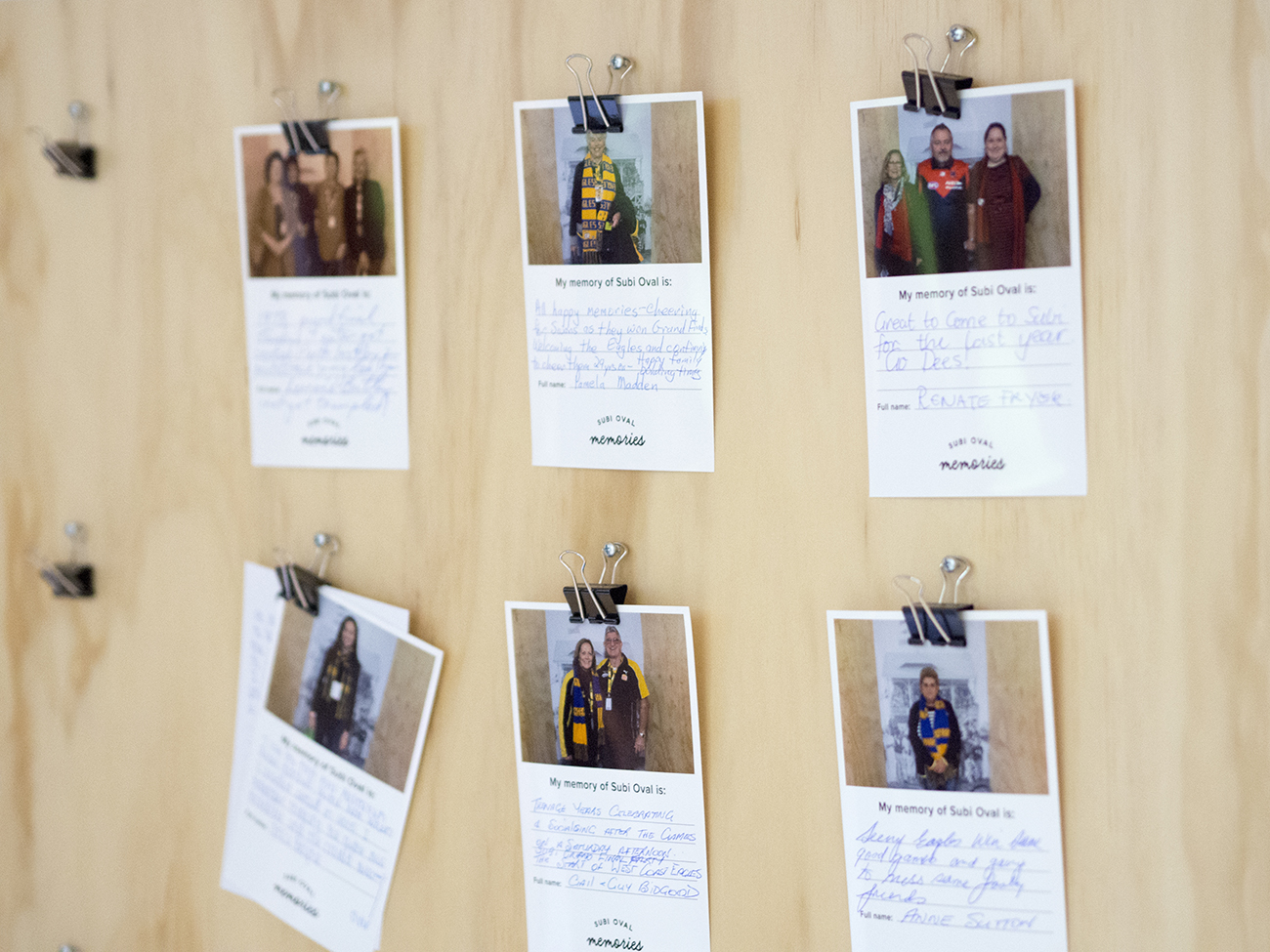 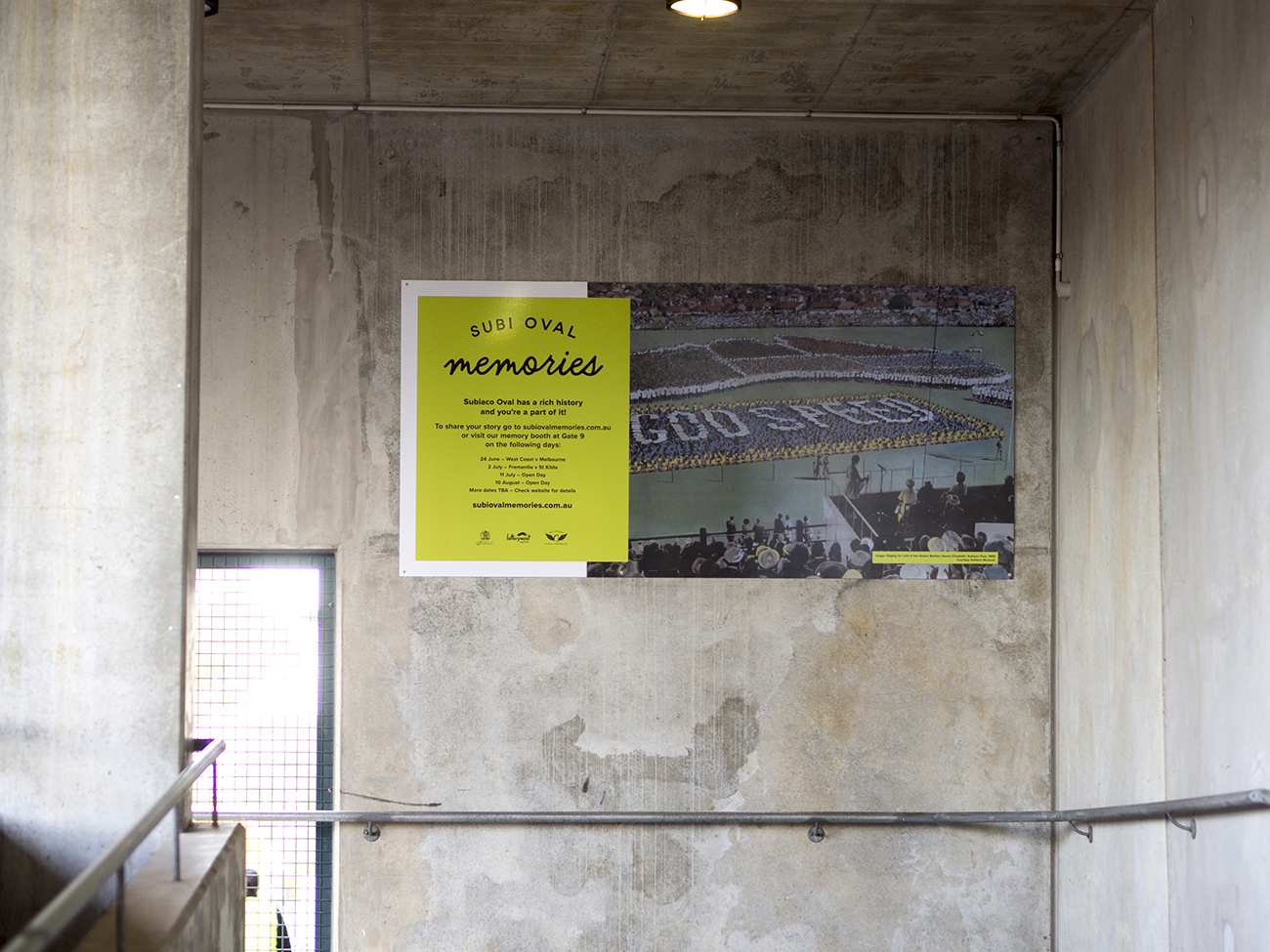 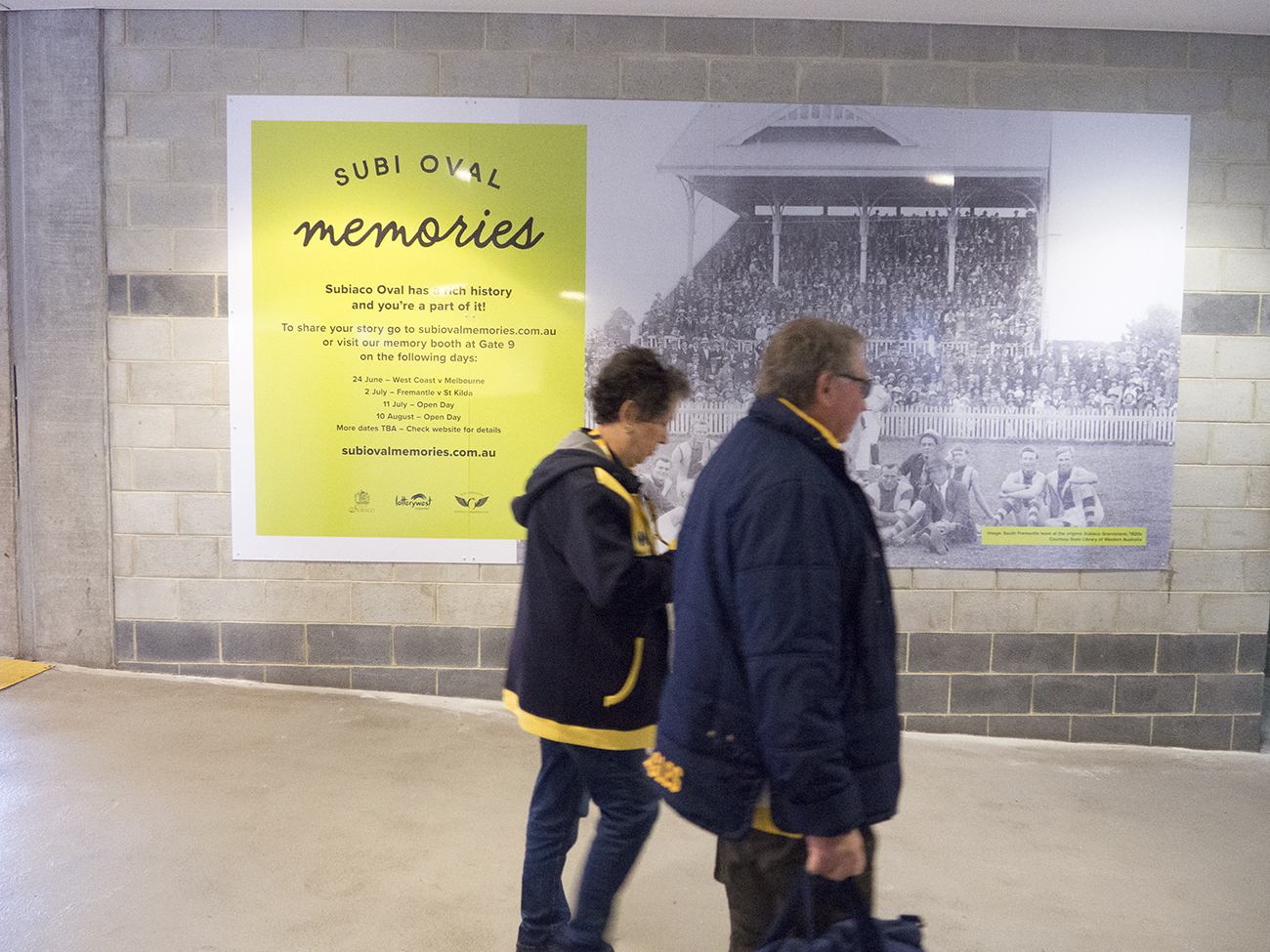