In 2018, Creative Spaces designed a temporary exhibition in the WA Police Pavilion for the sixth year running. The exhibition was designed to educate the community on the experience of being a regional officer in Western Australia – the largest policing jurisdiction in the world.

Visitors to the WA Police Pavilion were able to journey through the different policing districts of Western Australia. Immersive tunnels were clad with graphics that combined large scale photographs, infographics and stories from regional officers.

An interactive hub was created in the centre of the space. Here, children and adults alike were able to engage with letterboxes and spinning discs which revealed facts about regional districts. They could also choose to take part in photo opportunities with Police Officers that were designed as a part of the exhibition.

This project was completed in September 2018 on Whadjuk Noongar Boodja. 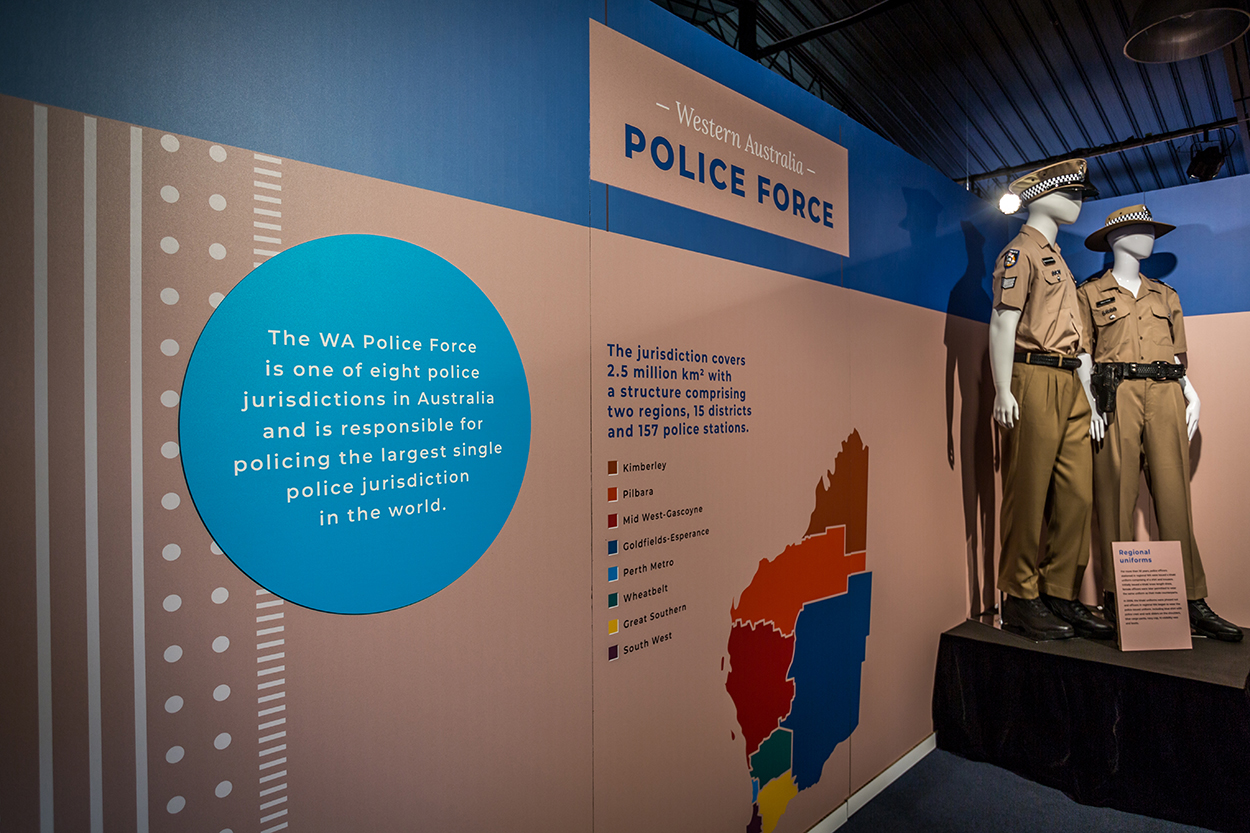 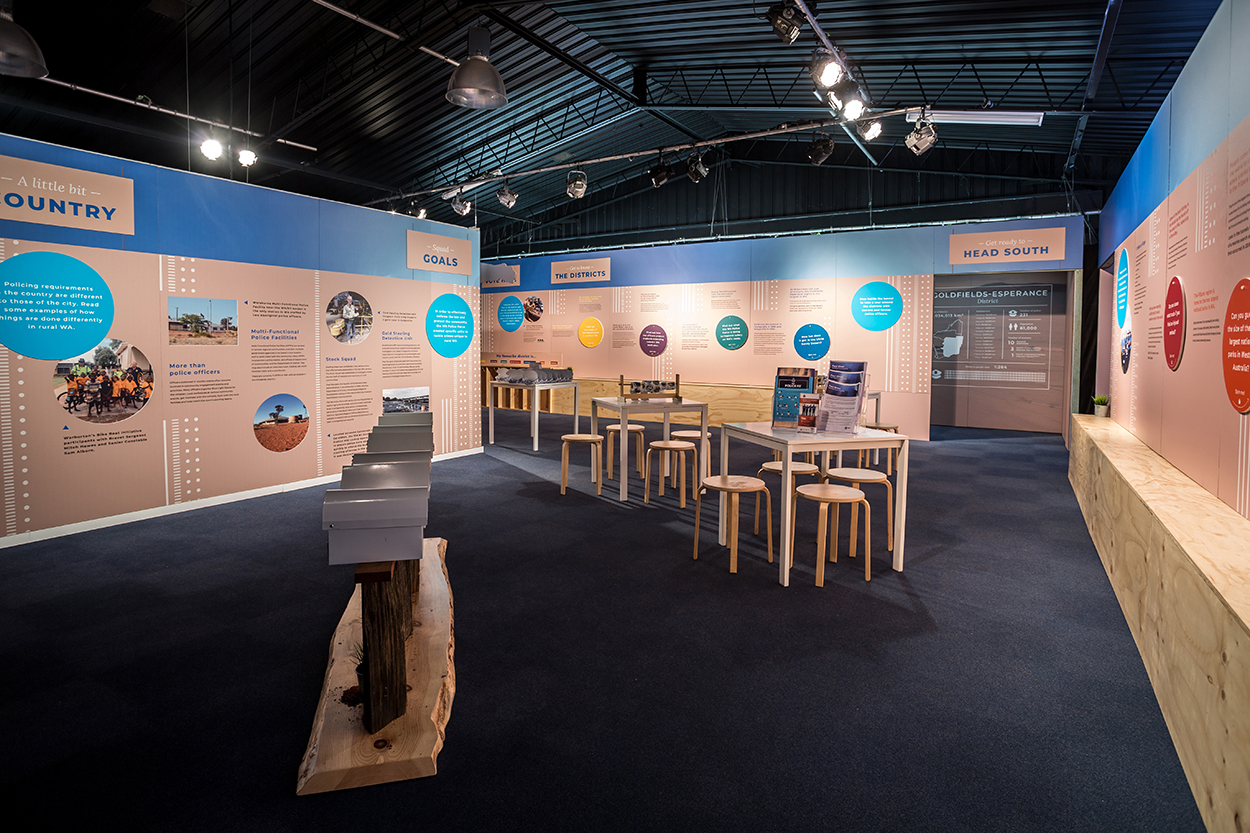 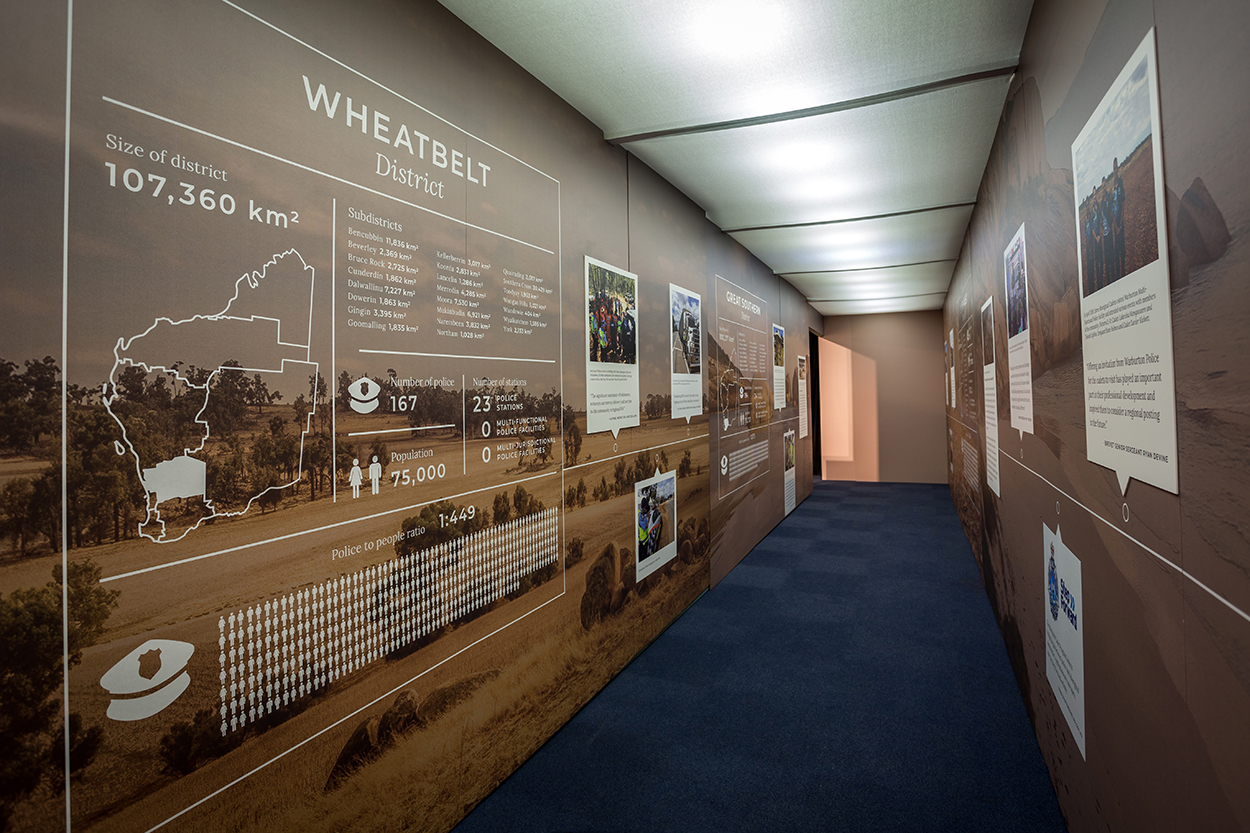 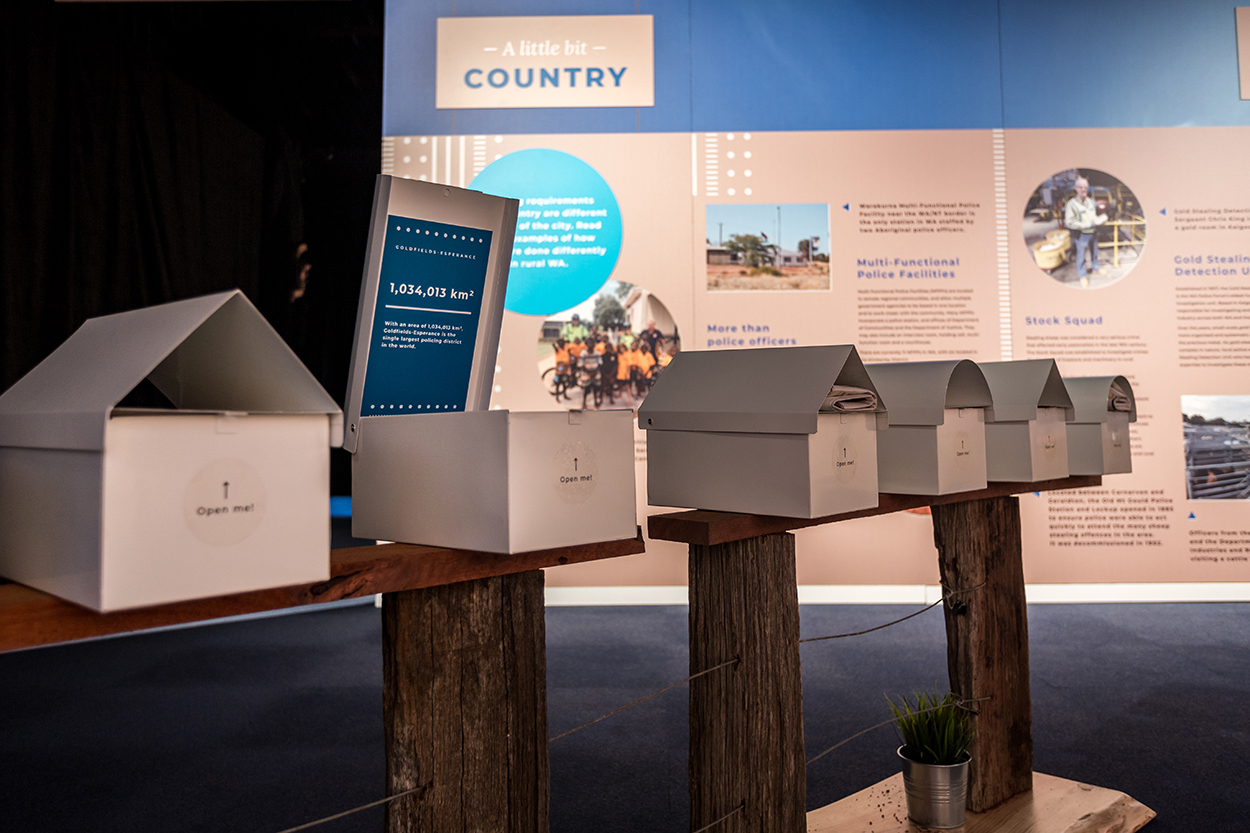 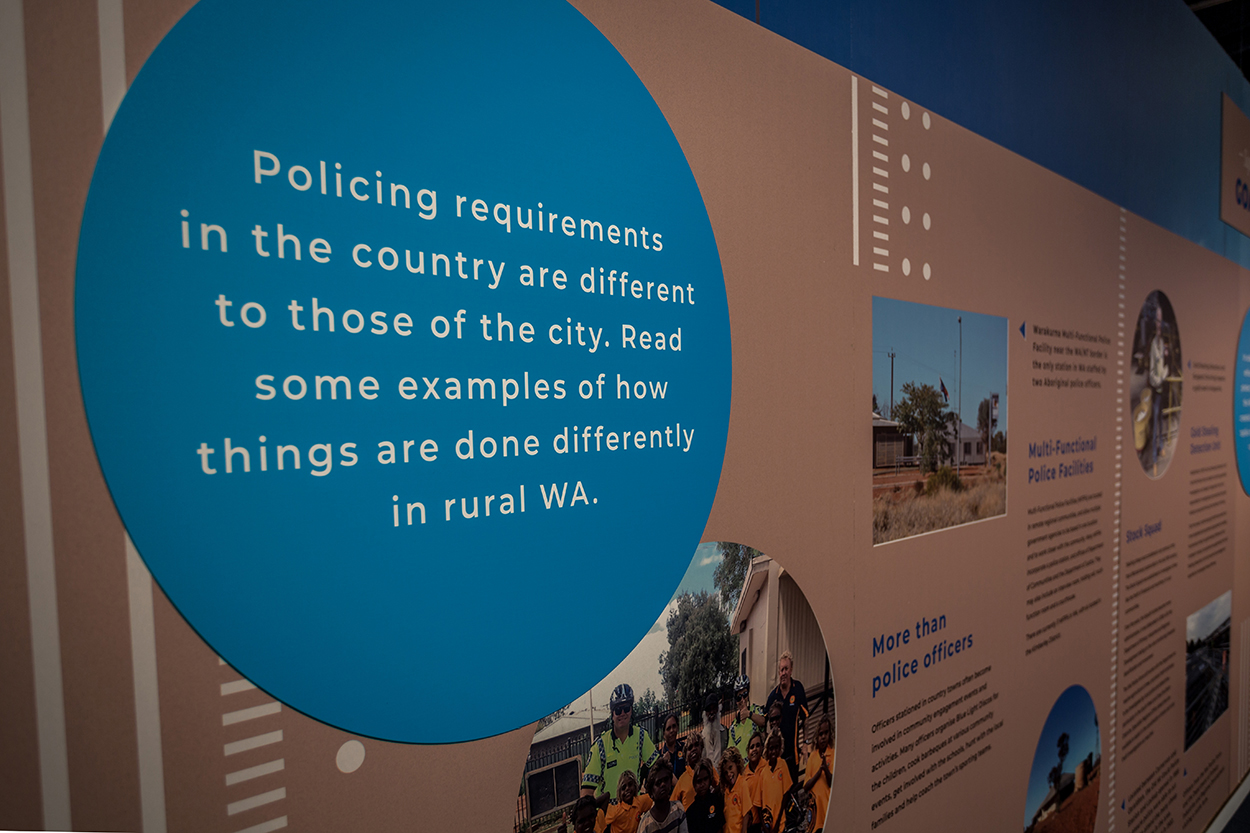 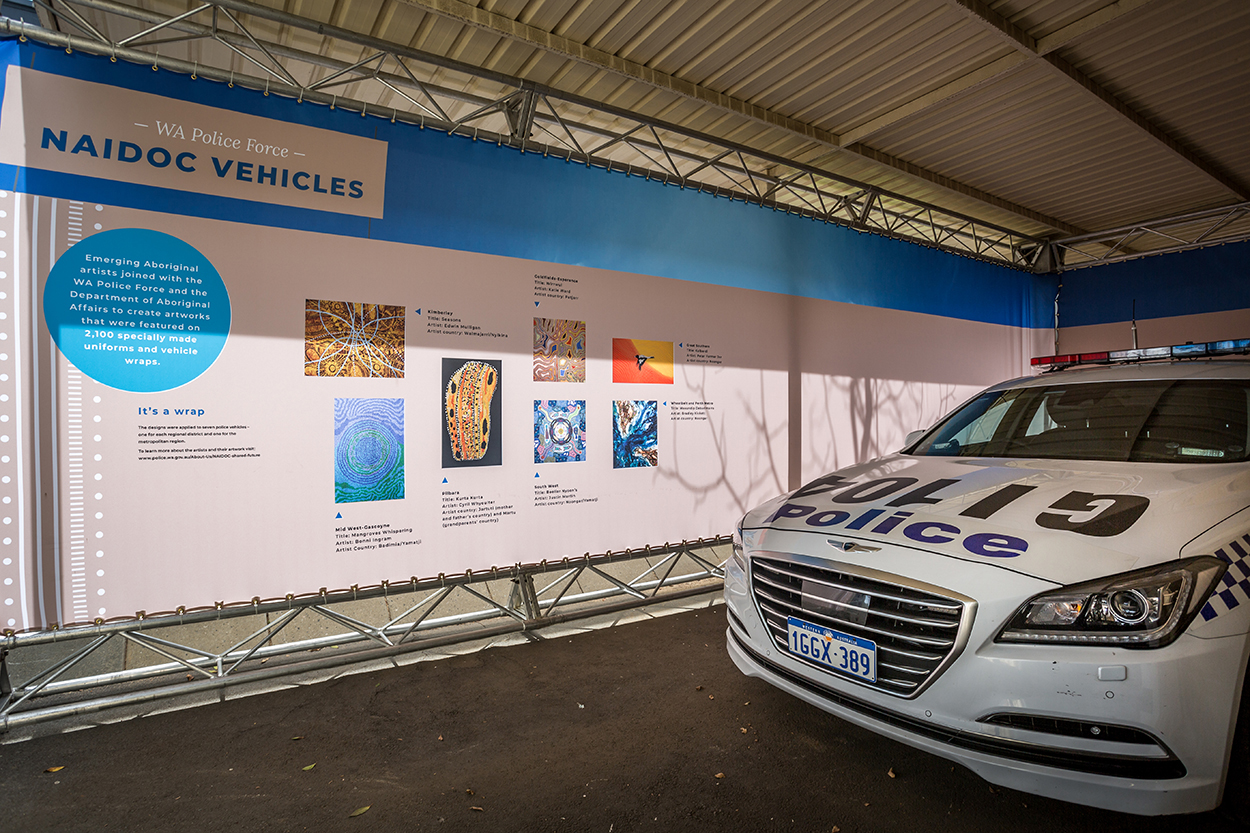